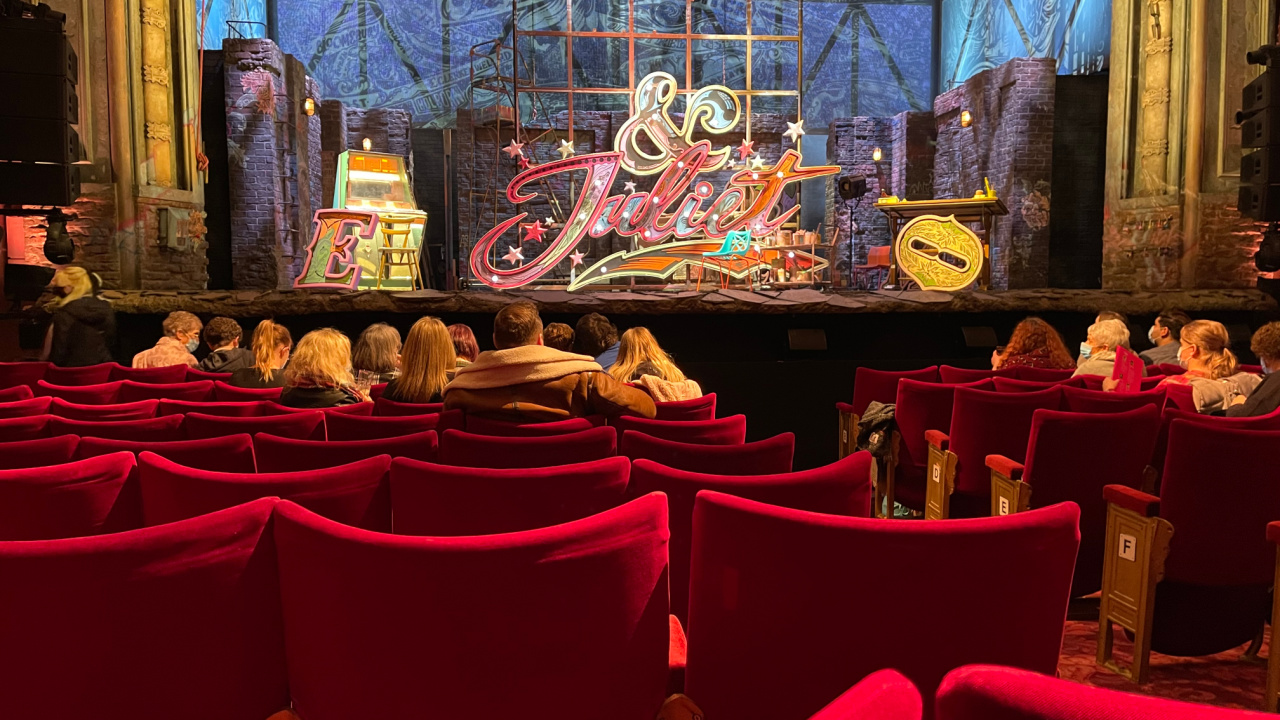 I recently had the pleasure of visiting the Shaftesbury Theatre for the first time and this is my review for anyone planning to pay a trip to this theatre. 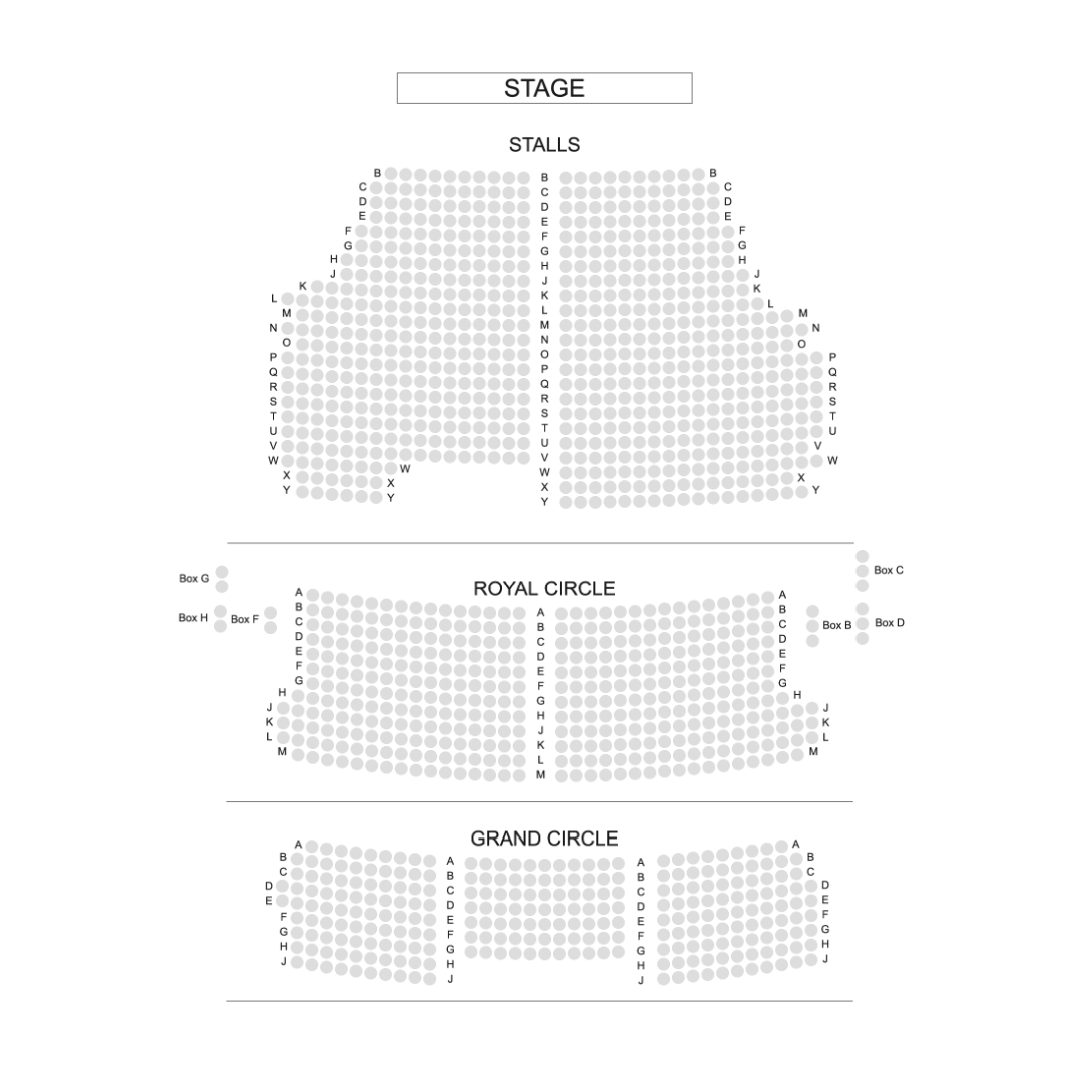 Located in Shaftesbury Avenue, the Shaftesbury Theatre opened in 1911 as the New Prince’s Theatre. Designed by Bertie Crewe for the Melville Brothers, it was a flamboyant masterpiece back in the 1900s. Even today, the Renaissance design of the building is eye-catching. On Boxing Day 1911, the theatre opened with a production of the Three Musketeers.

By 1919, the Prince’s Theatre was a success thanks to a season of Gilbert and Sullivan. Due to the success of these stage shows, the theatre held several similar seasons for a few decades. With each show, the tickets sold out.

In 1928, Adele and Fred Astaire starred in Funny Face. The musical received lots of praise and was successful. However, they cut short the show because of a gas explosion outside the theatre.

During the Second World War, there was heavy bombing in West End. Despite several periods of closure, the Prince’s Theatre, now Shaftesbury Theatre, staged several shows.

In the 1960s, the Shaftesbury Theatre underwent several changes. One of the major changes was the renaming of the theatre from Prince’s Theatre to Shaftesbury Theatre. Its new name and management brought the theatre more luck. It reopened with How To Succeed In Business Without Really Trying, a Broadway success that ran over 500 performances.

The revolutionary musical, Hair, opened at the theatre in 1968 and played for 5 years. The show was about to celebrate its 2000th performance when the theatre closed its doors for renovations. However, the passionate opposition from the actor’s union saved the building from redevelopment. Today, it’s a Grade II listed building.

Direction from tube: Turn right onto New Oxford Street past the Dominion for 200 metres. Then turn right onto Shaftesbury Avenue, and the theatre will be on your left 100 metres down the street.

When they built the Shaftesbury Theatre, the interior featured lavishly decorated statues. They represented tragedy, music, comedy and poetry. It also had impressive paintings and a standing room.

The original capacity of the theatre is unknown. However, it’s possible the auditorium could hold up to 3,000 people. Today the auditorium has three levels – Grand Circle, Royal Circle and the Stalls.

The Stalls have premium and day seats. The Premium seats are in the mid-centre of the Stalls. But a decent rake ensures that the audience can see past those in front of them. The Day seats are in Row A and may have viewing issues as the audience have to look up at the stage during the show.

In the Royal Circle, the premium seats also offer unrestricted views of the stage thanks to a steep rake. However, Row N is set further back and restricted by the Grand Circle.

Lastly, we have the Grand Circle. While the seats may feel far away, they offer good views of the stage. The current capacity of the theatre is 1,400, and there are booster seats available free of charge.

There are retail outlets on every level of the theatre. They sell confectionery and various merchandise. You can get in the auditorium with food and drinks in plastic containers. However, they prohibit hot food and the use of glass. So, if you purchase drinks at the bar, you’ve to transfer them into plastic cups before getting inside the theatre.

The theatre has cloakrooms facilities, and items cost £1 to check-in. You can check in pushchairs and suitcases. Lastly, we’ve male and female toilets accessible from every level. You can find the toilets in the Grand Circle, Dress Circle, Stalls and Foyer.

The Shaftesbury Theatre has several safety measures in place. First, the staff uses enhanced cleaning to treat all surfaces. Then they use Nordichem antimicrobial coating to reduce bacterial and viral contamination.

The theatre recently installed a new ventilation system. It provides 100% fresh air to the auditorium and all the toilets throughout the day and night.

To protect the audience, the staff will be wearing face masks and using hand sanitizers. The security team will undertake contact-free security checks. To help, come with a small bag to the performance.

The theatre recommends that the audience wear face masks at all times. The only exception is when eating or drinking items bought at the theatre. They should also wash and sanitise their hands frequently. The theatre has several sanitizing stations in the buildings and toilets on all levels.

If you’ve tested positive for COVID-19 or have a cold, flu or COVID-19, do not attend the theatre. If you present any symptoms on arrival at the theatre, you’ll have to take a Lateral Flow test.

The following show is running at the Shaftesbury Theatre.

This is a remix of the most famous love story. Unlike Juliet’s famous ending in Romeo and Juliet, &Juliet tells the story of her new beginning. It’s a sensational journey of self-discovery told through pop anthems from the songwriter, Max Martin.