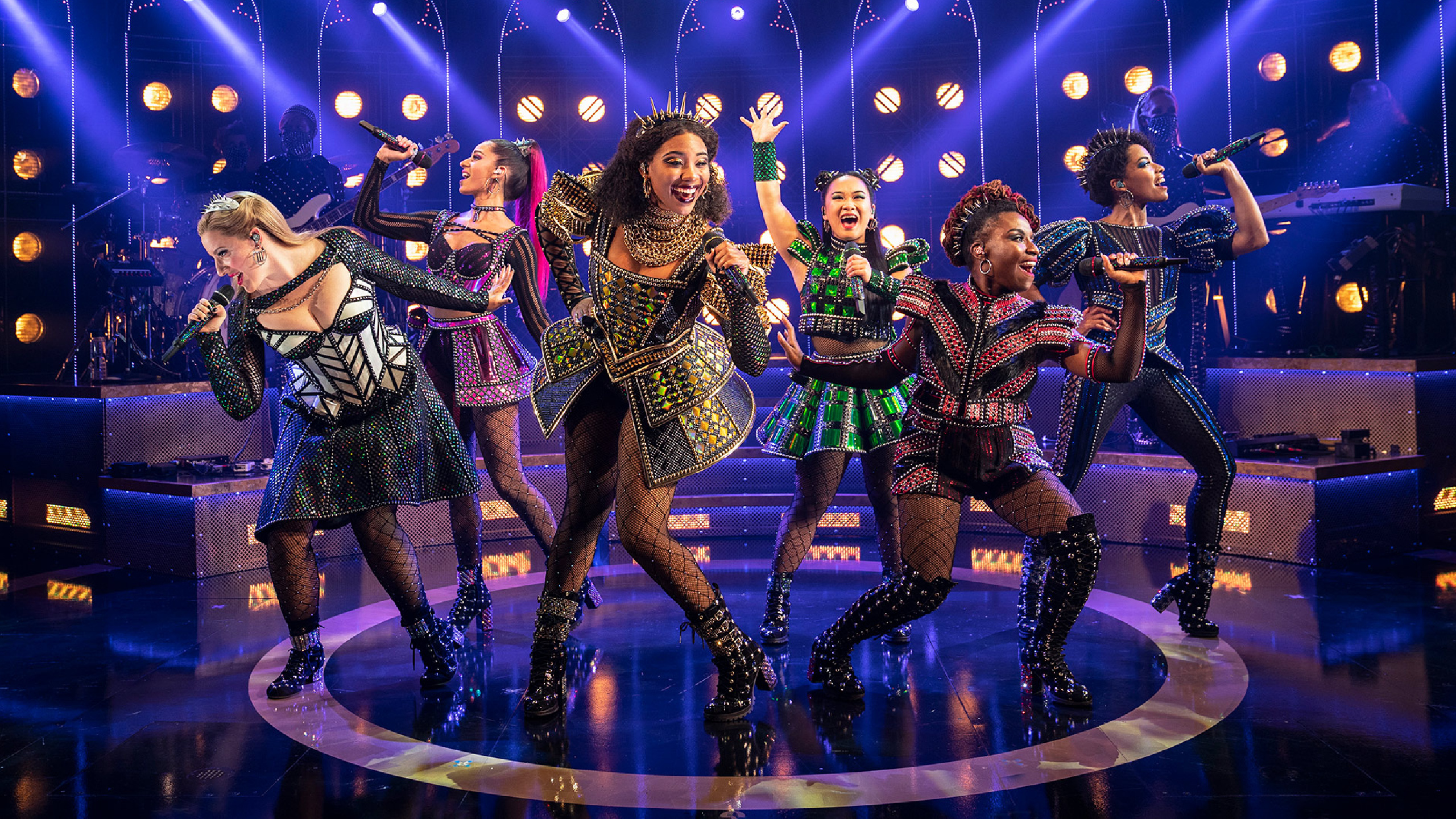 Six the Musical Costumes | What does each one symbolise?

Six the Musical is one of the most popular musicals in the world right now! The modern retelling of Henry VIII wives features bold, colourful costumes. The use of colour represents how Six the Musical is about women collaborating rather than fighting.

Want to know more about Six the Musical Costumes and their meanings? Read on… 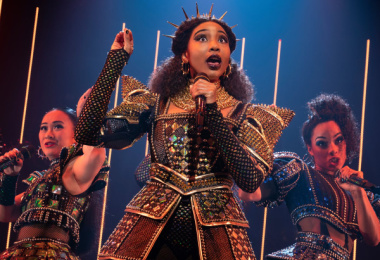 She wears gold, which represents prestige. Catherine was queen for 24 years, and in Tudor times, people wore gold to symbolise power. By wearing gold, Catherine wants to tell the world that she is the real queen.

People often confuse the gold clothing with yellow, a colour that Henry and Anne Boleyn, his new wife, wore to the funeral of Catherine. In Spain, yellow is the colour of mourning. As such, many people think Henry and Anne wore yellow not for respect but to mock Aragon. 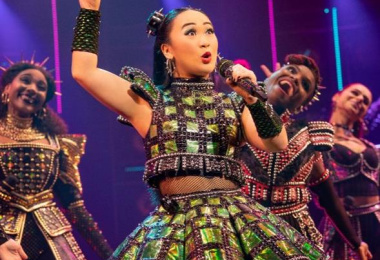 In the musical, Anne wears red lipstick and a green checkered top and skirt. The skirt and top are green in reference to Greensleeves. This is a poem written by Henry VIII about Boleyn. The dress and hairstyle make Anne look more relaxed. This is to show that Boleyn was seductive.

In the musical, Anne wears a choker with a “B.” History reveals that the real Anne Boleyn wore a necklace with a similar initial. 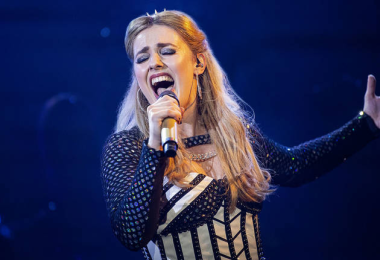 The third wife of Henry VIII wears a black-rimmed dress. This is a reference to the black and white design of Tudor houses. The middle of the dress is white which signifies purity. Her costume also resembles a wedding dress as she was Henry’s “only true love.”

To symbolise her status as queen, Seymour wears a small crown. Out of all queens outfits, Jane’s is the least revealing symbolising her traditional and modesty beliefs. 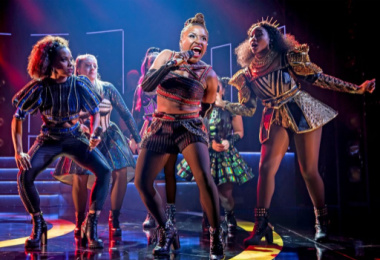 Anne wears red, which is the colour of blood and fire. This colour is also associated with power, passion, love, desire, danger, strength and energy. Her costume includes a fur jacket and crop top. Chains drape down from her shorts symbolising her faith in a higher power. 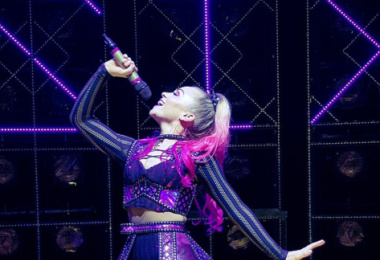 Katherine Howard wears a transparent skirt representing how men saw her appeal but not her personality. It’s estimated that Katherine was 17 years old when she married the 49-year-old Henry. To symbolise her youth, her outfit is pink.

The outfit is also similar to what modern teens wear. It has long sleeves to show that she wanted men to see her as a mature lady. Basically, her outfit protects her modesty. 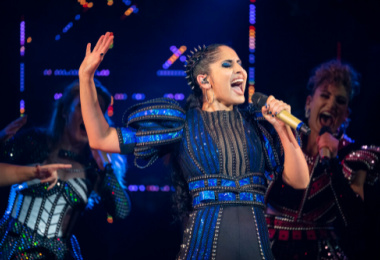 Catherine’s royal blue jumpsuit suits her since it’s more flexible. The outfit is also similar to her real style of dress where the blue colour represents her intelligence and wisdom. The costume has puffed sleeves similar to Henry’s.

In the musical, she does not wear a skirt which represents that she outlived Henry. Instead of a skirt, Catherine wears trousers because she is a strong feminist and a promoter of female empowerment. Other than the alternates, Catherine Parr is the only character to wear trousers. 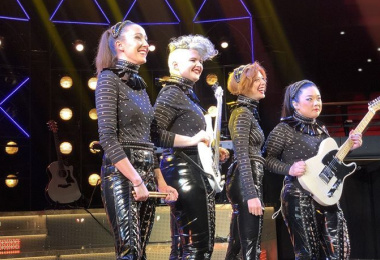 The Ladies in Waiting Costumes

The ladies in waiting wear black outfits and a pearl headband. This resembles the French hood worn in Tudor times. These costumes are usually decorated with round studs and pearls. Jane Seymour required all her ladies in waiting to wear pearls before they made any appearance before her.

Out of all the musicals I’ve seen Six the Musical has the most impressive costumes! at each show I notice something new (such as the chokers the beheaded queens wear to show where their heads were chopped off). The attention to detail is truly impressive! if you haven’t seen Six the Musical yet I recommend you book tickets asap!.