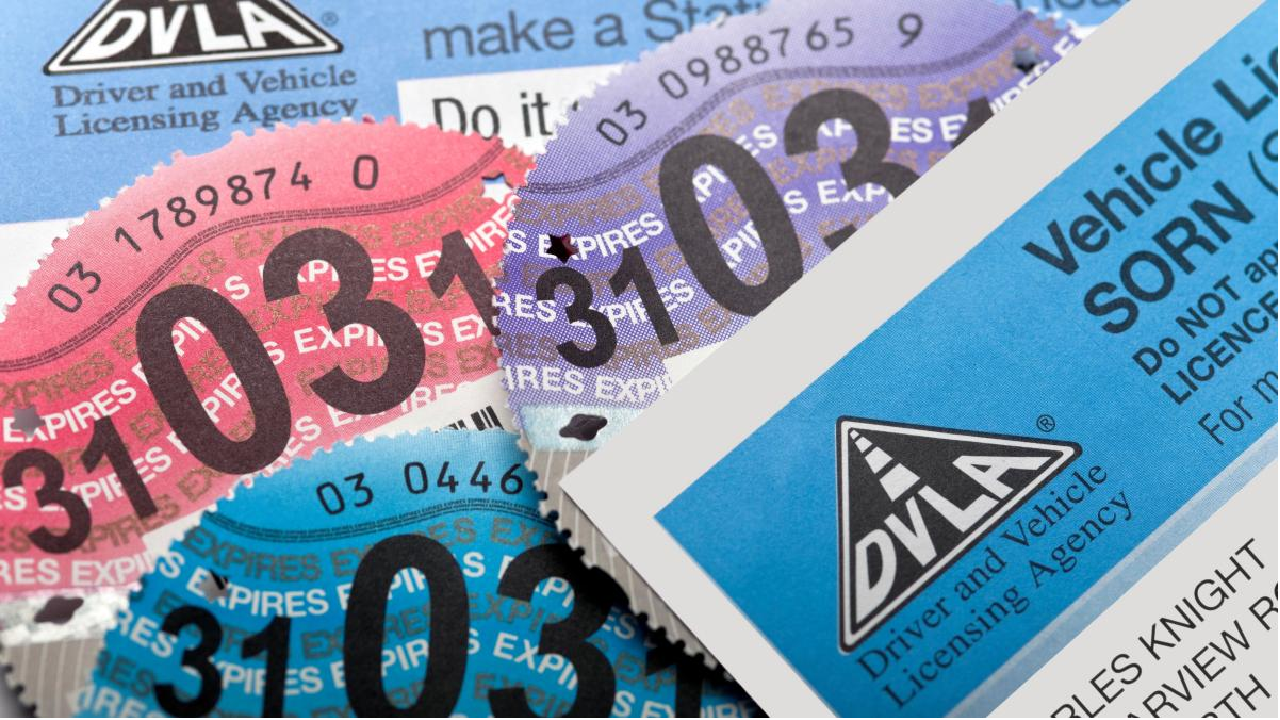 Are Old Car Tax Discs Worth Anything?

Did you know that your old car tax discs may be worth more than £1,000?

These circular discs, which proved you paid car tax, are now fetching hundreds of pounds on auction sites. Motorists would display the discs on the inside front of their vehicle windscreen. The discs were first introduced in 1921, precisely a century ago. But the government moved towards a digital system of registering and tracking vehicle tax payments. As a result, they phased out the discs in October 2014.

While the paper car discs no longer exist. You can find one on the windscreen of an older vehicle or among outdated paperwork. You will be happy to know that the old paper car tax discs are not worthless. Collectors called velologists are buying these 100-year-old tax discs for a handsome amount. In fact, one collector bought a collection for £1,666 in May 2021.

Want to know how to make money selling your old car tax discs? Read on.

Why some old paper car tax discs are selling for thousands…

Old car tax discs are a vital part of the UK’s motoring heritage. The interest in collecting the expired tax discs has increased over the years after the government phased them out. Velologists have a website, velology.co.uk http://www.velology.co.uk, where they have a special velology section containing a wide range of discs.

The most collectable tax discs are those with margins or selvedge intact and in excellent condition. Initially, the early discs did not have perforations to separate them from the selvedge. As a result, these early discs were poorly cut out.

Any old tax disc without the selvedge not attached is not valuable to any velologist. However, the old tax discs with the selvedge still attached and in excellent condition are extremely valuable. These discs fetch more than £1,000. For example, a genuine rare and unused old car tax disc (1970) sold for £1,250 on eBay. This unused and pricey tax disc was for a BMW.

Today, these non-perforated discs are rare and limited editions. We reckon they will fetch more money with time. Other tax discs that experts consider very rare and valuable are those with typos and printing errors. Obviously, they have to be in excellent or good condition and not torn to fetch a lot of money.

If your tax disc dates back to the Second World War and its marked “War Service,” it will also fetch more money.

Other interesting tax discs to watch out for are:

Old tax discs from 1923 are challenging to find. This is because the government changed the rules, so that expired tax discs were destroyed. As a result, it’s hard to find tax discs from this period.

If you’ve a collection of the early tax discs from 1922 to 1924, you can earn more than £1,000 depending on the condition of the collection. These early editions were non-perforated. As such, owners had to cut out themselves.

If your collection is in excellent condition and not faded, you can make a lot of money. For example, in May 2021, five-car tax discs dating from 1922 to 1924 from the same vehicle sold for £1,666. They almost caused a bidding war despite showing signs of dampness. Another collector bought a vintage car tax disc from 1924 for £147.

A collector with 14 circular discs from 1958 to 1964 sold them for £64. Stamped in different locations from Penge to Dartford, these tax discs were in better condition than most. The collection ranged in colour from green to blue. Some were perforated, while others were non-perforated.

A collection of triangular car tax plates from 1957 to 2014 went for £128. Issued to various drivers in different locations, some were discoloured, while others had stains. Despite this, they fetched a handsome price.

Welsh and North Irish are some of the rarest tax discs. If you have one from the 1970s, it might be worth putting it on eBay or other auction sites. One of the Welsh tax discs dated December 1972 sold for £160 on eBay. The tax disc sold for hundreds of pounds despite having some damage on the reverse, and the writing faded.

Now that you know how to make money selling old car tax discs, it’s time to explore and uncover this treasure. Ask your family, especially your grandpa, grandma, uncles, aunties and your parents, if they have any of the old car tax discs hidden somewhere. Take a look in the attic, garage or shed where your family stores old and unwanted stuff. If you find any old car tax discs, among other records, keep them and build a collection.

It’s essential to keep all the old car tax discs in excellent or good condition. Protect them from direct sunlight and high temperatures. Exposure to direct sunlight will cause the paper to fade and become brittle. Store them in a stiff envelope and keep them away from excessively humid and damp areas.

If you’ve expired tax discs from 1921 to the early 1990s, velologists in the UK want to buy them. You can also sell them on auction sites such as eBay and Gumtree.

How to get your Car Insurance Cheap in the UK