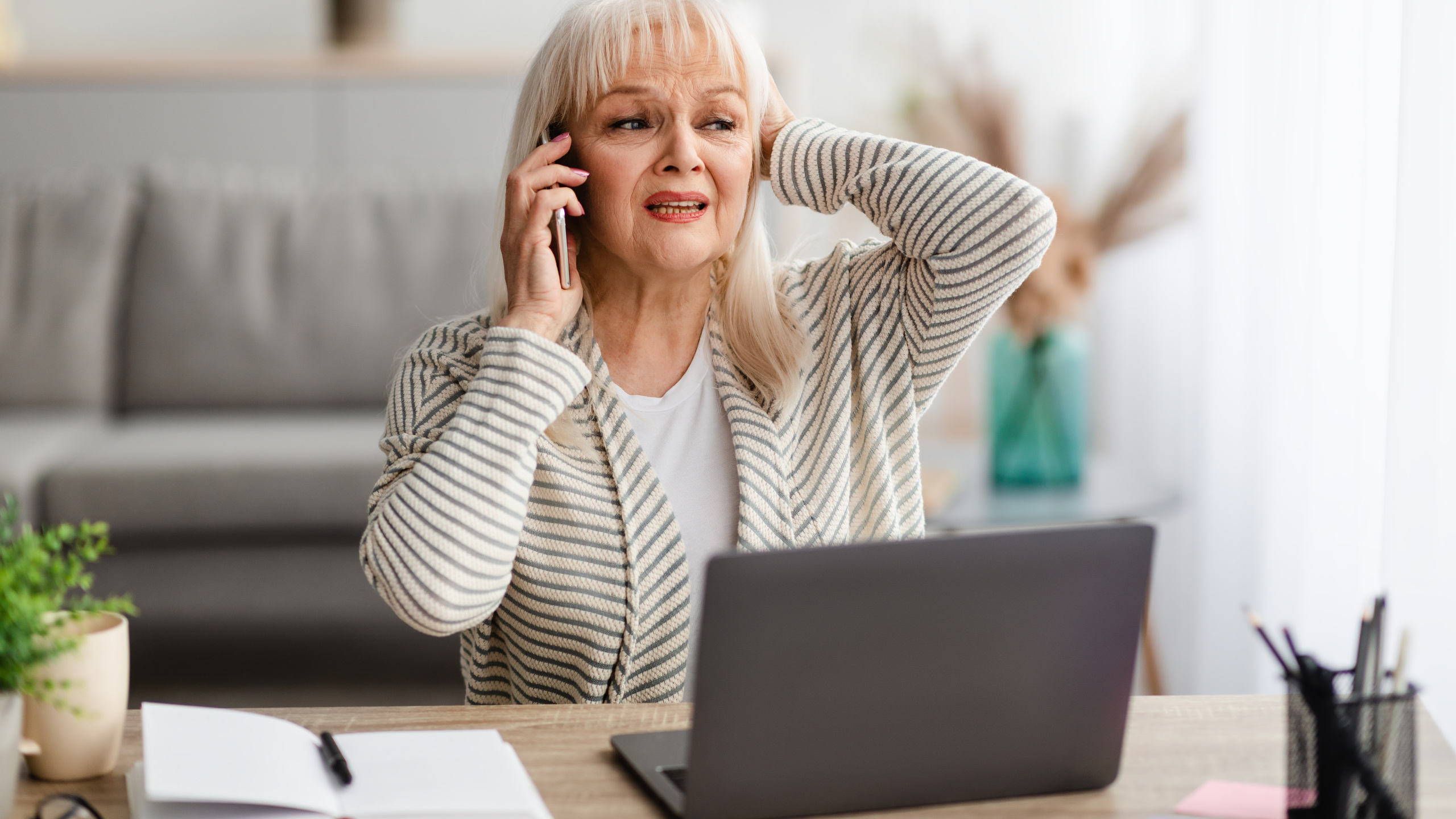 The rise in bank scams in the UK is alarming. Online fraudsters are exploiting people’s pandemic anxieties. They are tricking people via email and fake texts to part with their personal details.

In one of the cases, a pensioner had nearly £8,000 stolen in January 2021. The 70-year-old fell for a phishing email to update his bank account details on his PayPal account. A week later, the pensioner received a genuine text from his bank informing him of fraudulent transactions using his debit card. The bank cancelled his current debit card and issued him with a new one.

Between January and June 2020, UK Finance received over 15,000 cases of impersonation frauds. In all these cases, the victims had lost £58 million. In total, people in the UK have lost more than £1.2 billion between January 2020 and April 2021.

The scammers use various methods to trick people into revealing sensitive information. Such information includes bank account numbers and passwords. To do so, fraudsters turned to phone calls, phishing emails and scam texts. They usually impersonate trusted organisations such as PayPal, NHS, Government, HMRC and even the police.

Fraudsters are using fake texts about lockdown fines, COVID-19 vaccines and others to scam people in the UK. They also use fake websites for fines or vaccinations. If you fail to verify if the sender is genuine, you may end up giving away your personal and financial details.

Banks have fraud teams who try to spot suspicious activities and fraudulent transactions. Sadly, this does not always work. In fact, the team may miss suspicious activity since the scammers have the personal and financial details of the victim. By saying or performing certain actions, scammers get away with the victims’ funds.

Authorised Push Payment fraud is devastating to the victims and their families. Also known as bank transfer fraud, it leads to financial losses, leaves victims feeling exploited and abused.

Scammers often isolate victims from their family and friends. They emotionally manipulate their victims before persuading them to part with their money. Basically, scammers have no shame playing on people’s confusion and fear.

Here is the list of Payment Service Providers who signed up to the code:

Revolut and Monzo are yet to sign up to the code. The code is a standard of protection against bank transfer fraud. Signatories commit to reimbursing victims as long as they meet the standards expected of them under the regulation. Thanks to the code, the reimbursements for victims have more than doubled in the past two years.

Besides reimbursing victims, the code requires banks and other PSPs to educate their customers about bank scams. They should also identify fraudulent activities and high-risk payments. While the APP code calls for extra protection and reimbursement of funds to victims, most PSPs do not honour this.

In fact, victims get treated unfairly when they try to get their money back. Banks are blaming victims for not doing enough to protect themselves or for missing warnings. Between the introduction of the APP code in May 2019 and 2020, victims of APP fraud lost £412 million.

Consumer bodies claim banks’ practice of reimbursing victims is inconsistent and unfair. Under the code, 46% of losses have already been refunded, but victims are yet to receive the remaining £225 million. The APP code clearly states that if a bank customer is not at fault, they should reimburse them.

But the Financial Ombudsman Service has repeatedly found that high street banks did not reimburse bank fraud victims. If you’re scammed and want to get your money back, we recommend running through everything. This includes what to do if your bank fails to reimburse you.

Do I Get My Money Back if My Bank Account Is Hacked?

If scammers hack your bank and get away with the money, get in touch with your bank or building society customer support team immediately. By reporting fraud as soon as possible, the bank can take steps to retrieve the money from the bank that received the stolen funds.

As earlier said, banks have fraud teams. In case of an APP fraud, banks will assign a case handler. The case handler will get in touch with you to discuss your case. To help recover your money, the case handler may request supporting documentation. Ensure that you provide as much information as possible. Don’t forget to share any emails, fake texts and websites.

If the scammers requested you to download any app or software to your device, don’t forget to mention this to your case handler. Past cases show that scammers move the money quickly, but they may not be quick in some cases. In such cases, the bank will freeze your account and prevent any withdrawals. For this to happen, you must report any suspicious activity or fraudulent transactions as soon as possible.

When banks look at fraud cases, they always try to find out if the customer tried to protect themselves. For example, did you check the FCA register to know if they are legitimate? If the bank discovers that you failed to protect yourself, it may mean the bank will not reimburse your money. Banks usually ask lots of questions. It would be best if you prepared yourself.

The following are contact numbers for high street banks in the UK where you can report a scam.

If you’re a customer at Revolut, contact the support team via the in-app chat and search for reporting a scam if using the Monzo app. You can also check your bank’s contact number on the back of your credit card, debit card or prepaid card. Alternatively, visit the bank’s website.

According to the Financial Ombudsman Service, mental or physical health, grief, and age can place a person in a vulnerable position. Other key factors include caring responsibilities, redundancy, and relationship breakdown. Banks need to provide extra support to such customers.

When the Financial Ombudsman looks at bank transfer fraud cases, they consider all complaints. Even those involving people in vulnerable situations. They also take into account how the financial institution responded to the needs of the customer.

Are you a victim of a scam and are finding it difficult to recover from the experience? Contact Victim Support on 08 08 16 89 111.

How Long Do Banks Have to Respond?

Banks must complete their investigations to verify the fraudulent transaction. This is before reimbursing your money. According to the APP code, banks take up to two weeks to refund the stolen money.

Some cases are complex, especially those involving multiple banks. If this happens to you, banks may take 35 days to complete investigations before reimbursing your money. If your fraud case takes longer, your bank will notify you.

What Should I Do if My Bank Refuses to Reimburse Me?

If your bank refuses to reimburse you, the best course of action is to put your complaint in writing. This ensures that you don’t miss any crucial details. Don’t forget to mention the bank’s obligations under the BSI code of practice – PAS 17271:2017. This is a code of practice for financial institutions. It gives recommendations for protecting customers from financial abuse and fraud.

Getting hold of this code of practice costs £102, but it’s not a guarantee that you will get your money back. If your bank or building society does not respond to your complaint within 8 weeks, you can take the matter to the Financial Ombudsman. This is also the case if you’re unhappy with the outcome.

If you lost more than £355,000, we recommend using other means such as legal action. Kindly note, this is expensive and may not yield the desired results.

What to Do if the Financial Ombudsman Can’t Help

The maximum amount the Financial Ombudsman can tell a bank to pay is £355,000. If you lost more than £355,000, we recommend seeking independent legal advice before taking any action. Be wary of organisations that may approach you to help you get your money back for a fee. This is likely a scam and may land you in more trouble.

Besides reporting bank fraud cases to the bank, you should report to Action Fraud. You can report any time of the day or night using their online reporting tool. If your bank refuses to cooperate, we recommend complaining to the Financial Ombudsman Service. Call 0800 023 4567 or send your complaint online.

How to Rent Out Your Driveway to Boost your Income