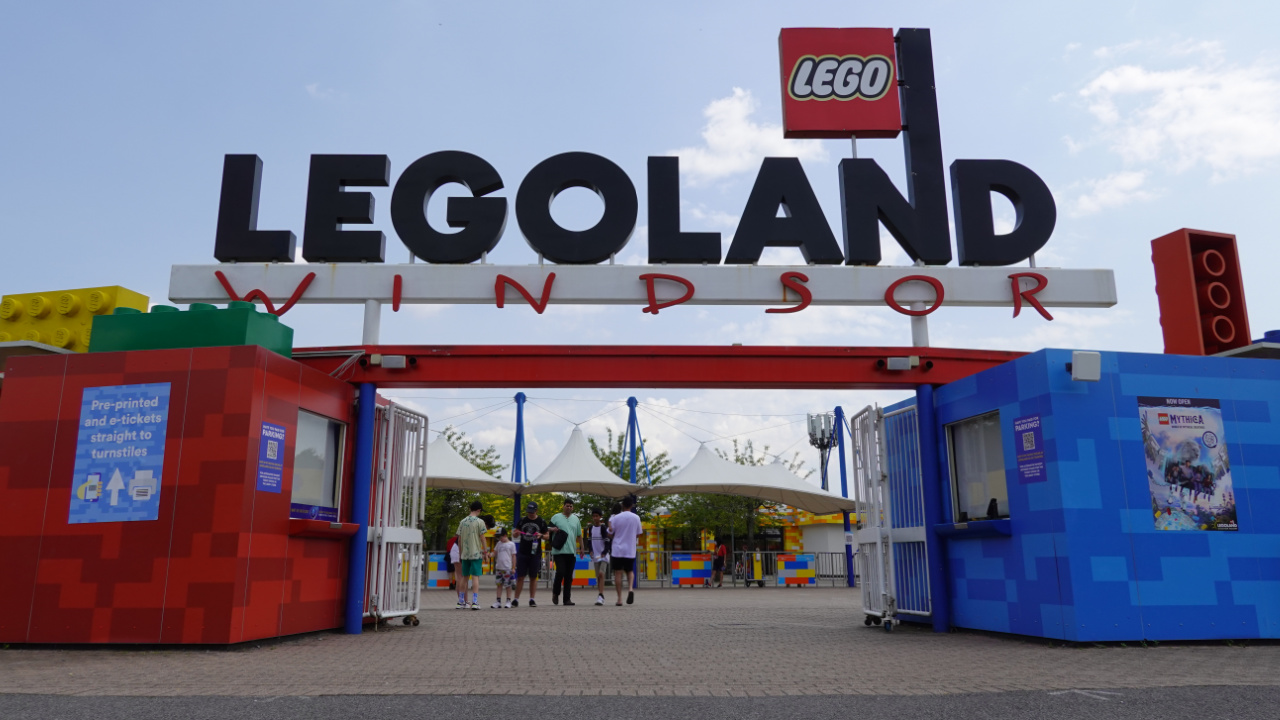 We were kindly gifted a trip to Legoland Windsor Resort and in this blog post I wanted to tell you about our experience.

Our visit was on 20th July (one day after Coronavirus restrictions were lifted in the UK). While checking-in at the Legoland Hotel the kids were entertained with lots of LEGO to play with! the Lego is sanitised regularly which reassured us. 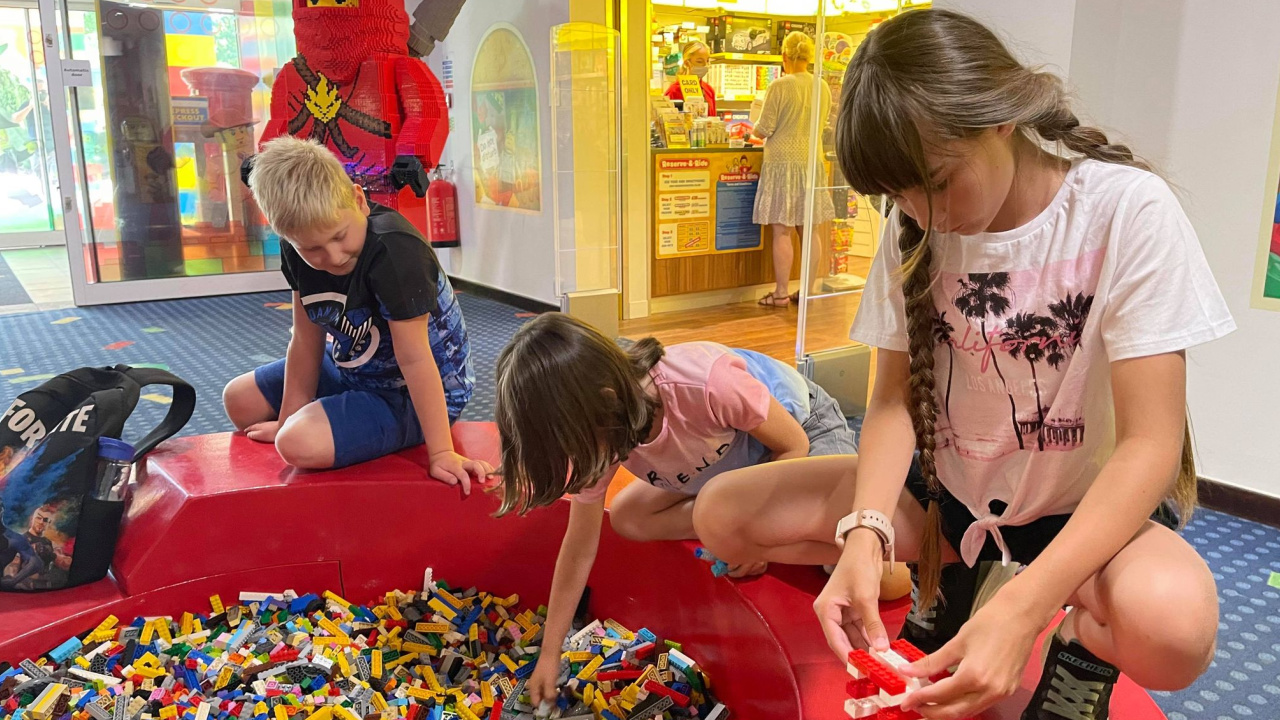 Once we received our park tickets we went to the exclusive park entrance from the Hotel and headed straight to Mythica (the new land at Legoland Windsor) it was here where we went on ‘Flight of the Lion’ if you’ve been to Walt Disney World the ride is similar to Soarin’ at Epcot but far more advanced!. If you’re visiting Legoland Windsor I highly recommend you take the time to queue and go on this ride as it’s incredible!

After our first day in the park we went back to the Hotel for dinner in the Bricks Restaurant where Children can get a 3 course meal for £15.99 and Adults for £24.99.

Dinner was delicious and they were very accommodating to my Gluten Free diet (which made ordering a breeze!). Anyone can ask to view the allergen chart before ordering which identifies food which contains celery, gluten, crustaceans, eggs, fish, milk, mollusc, mustard, nuts, peanuts, sesame seeds, soya and sulphur dioxide. 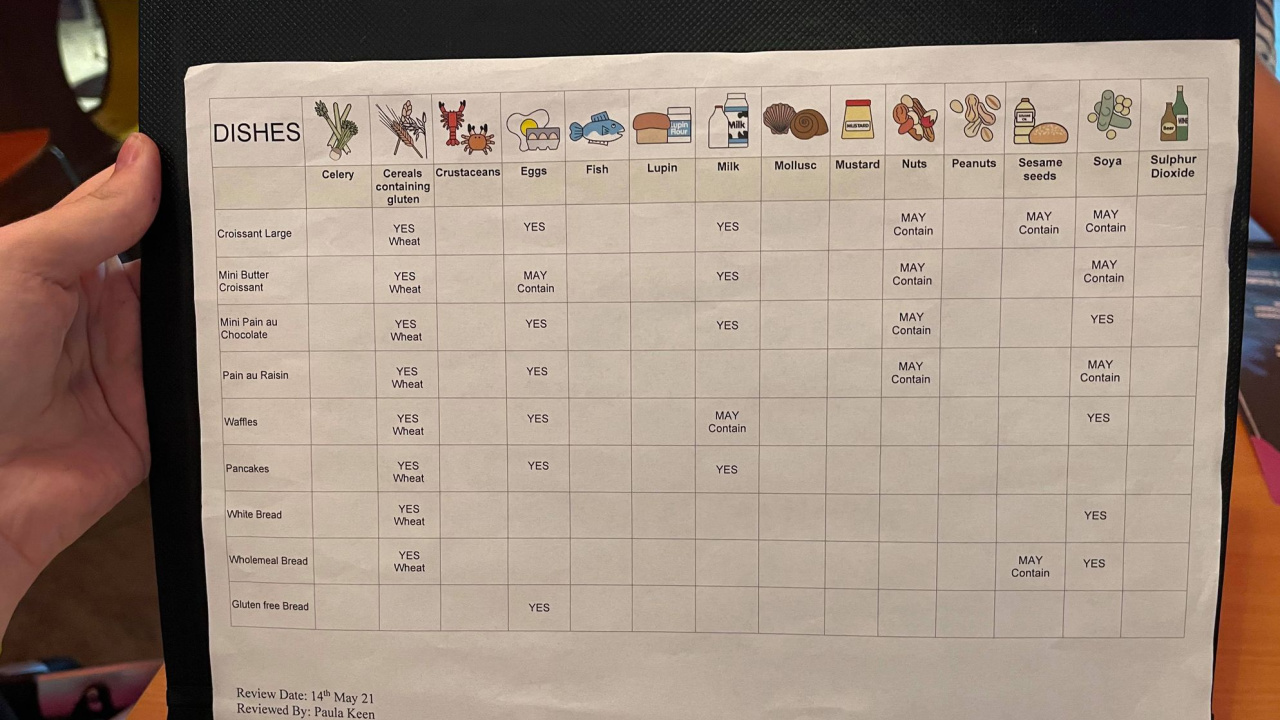 Our Second Day at Legoland Windsor…

We started our second day by having breakfast in the Bricks Restaurant and then headed into the park for a day of fun! it was the hottest day of the year but there were lots areas in the shade (where we stayed with the babies while the children went on rides). Driving school was one of their favourite rides! 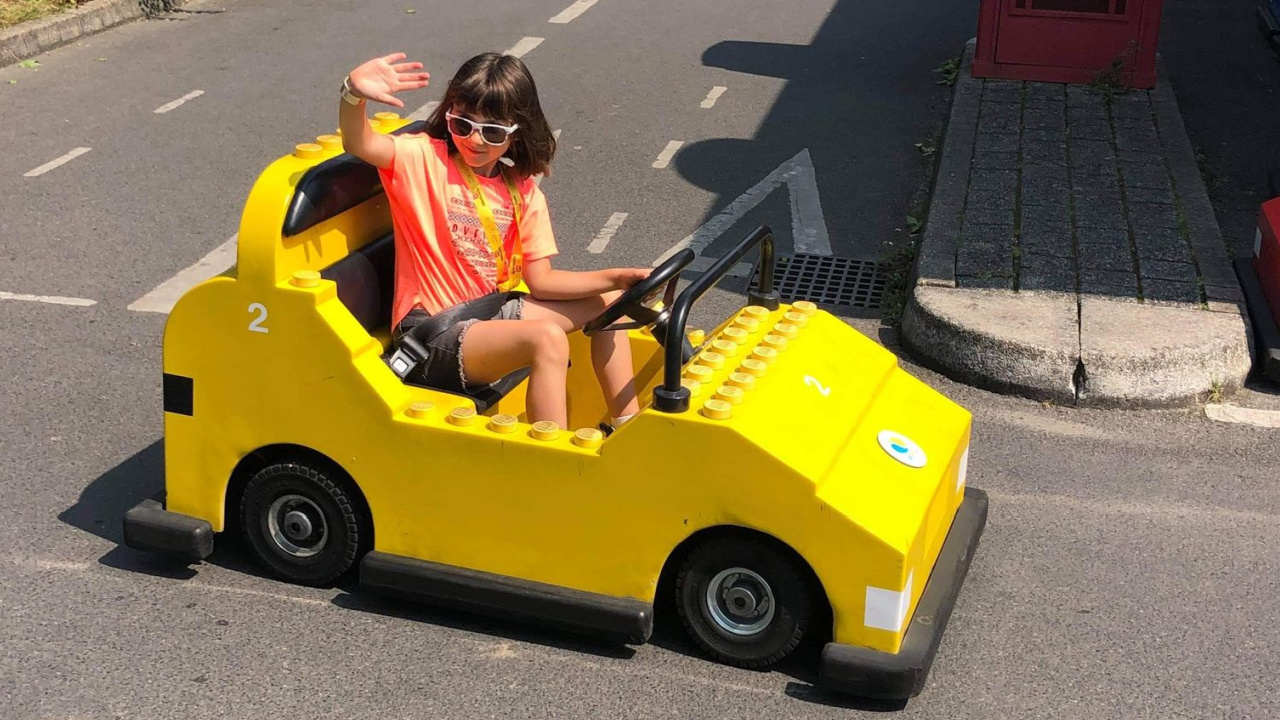 We filmed our entire short break which you can watch below.

We had a fantastic time at Legoland Windsor! the heat was an issue but the park has many areas in the shade for parents with small children and the park also offers free ice cold water at their Restaurants and Refilling Stations.

When is Legoland Windsor Open?

Legoland Windsor is open from March to November.

How may rides are at Legoland Windsor?

Legoland Windsor has over 55 rides and attractions for guests of all ages.

Where is Legoland Windsor Located?

How much is entry to Legoland Windsor?

For the 2021 Season Tickets are £53 per person (Under 3’s go Free) but you can save money by pre-booking your tickets online (or by using discount vouchers which can be found on Kellogg’s, Carex and Cadbury’s products).

How much is food at Legoland Windsor?

There’s many restaurants at Legoland Windsor Resort with Children’s Meals averaging at £8 and adults meals at £13 each. You can also get refilliable resort mugs from £11 per day.

How many Lego bricks in Legoland Windsor?

Over 25 Million Bricks were used to build Legoland Windsor.

Is there a Water Park at Legoland Windsor?

In Duplo Valley there are 2 water play areas for both younger and older children.

How much is Legoland Windsor Parking?

Standard Car Parking is £8 per Car and Premium Parking (near the main entrance) is charged at £16 per car.

Can you get to Legoland Windsor by Train?

You can get the train to Windsor or Eton Central and then jump on the 702 to Legoland Windsor.

Is Legoland Windsor for Adults?

Legoland Windsor is catered more to Children but there’s lots of adults to see and do! including Miniland where you can explore the world’s best landmarks made out of Lego! there’s also lots of photo opportunities at Legoland Windsor (which will look impressive on any Instagram feed!).

Is Legoland Windsor good for Babies?

Yes! While we were at Legoland we saw loads of families with babies! Legoland Windsor is full of bright colours and there’s even a sensory room where you can take your baby.