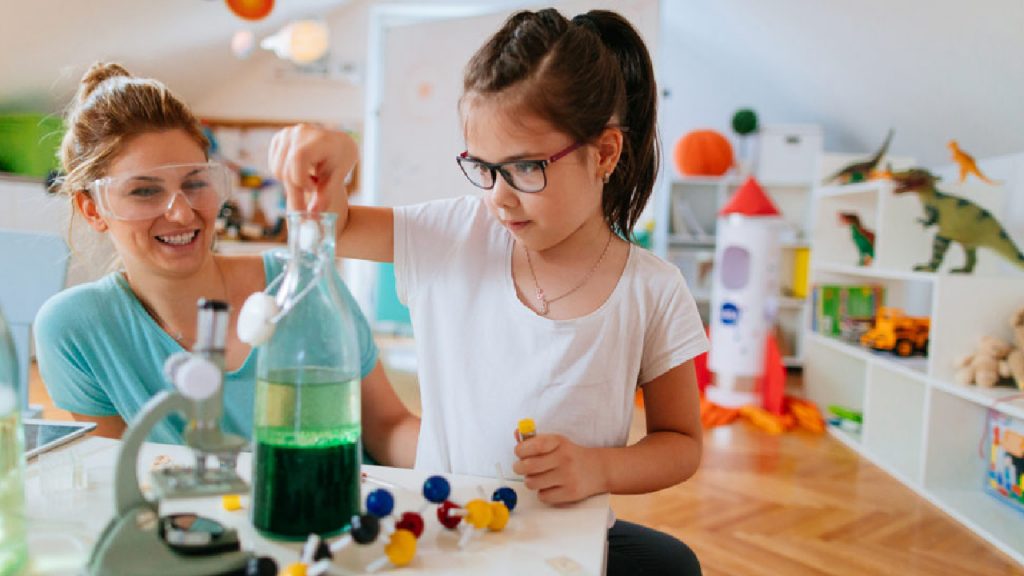 As the Covid-19 lockdown has continued, many parents have had no choice but to home-school their children.

The problem with this is that there are not a lot of resources for teaching Science. There are some good textbooks out there but it can be difficult to teach when your child does not want to listen or you do not know what they need help with.

Sick Science is a Science-based YouTube channel with great kid-friendly experiments and science-related content for young people, especially during a global pandemic. He displays great, fun, and inclusive experiments such as creating slime, teaching you how to instantly freeze water and how to make a home-made hand warmer. Even I think I should be getting involved with sick science, that hand warmer would be mighty helpful! The channel is run by Steve Spangler, he is a bestselling author, STEM educator and he is also an Emmy award-winning television personality. Furthermore, he has appeared on the Ellen DeGeneres show and has hosted his own television series name DIY Sci.

It’s Okay To Be Smart

Joe Hanson, Ph.D. is the host of It’s Okay To Be Smart, a YouTube channel that features a variety of science content from explaining why there are only 7 days in a week to how the brain makes time pass fast or slow. The It’s Okay To Be Smart YouTube channel has shown for kids of all ages, making him very successful, he currently boasts 3.6 million subscribers and has millions of views on his videos.

ScienceBob is a scientist who has been creating science-related YouTube videos for over a decade. Not only has he made fun, more childish videos that appeal to a younger audience but he has also maintained professionalism in a lot of his videos making more comprehensive science guides for old children. Not only this, but ScienceBob has featured on Nicky, Ricky, Dicky, and Dawn a popular kids’ television show on Nickelodeon. Not only this for he has also featured on Jimmy Kimmel live on multiple occasions across his career. After making videos for this long he has gathered up over 100,000 subscribers on the ScienceBob channel.

The minutephysics YouTube channel has been putting out content for just under a decade, it features whiteboard drawings and a voiceover explaining very comprehensively many science-related things. The channel shows some very modern videos such as COVID-19 related science but also some amazing physics history and a lot of content regarding space. When you first open the minutephysics channel you are greeted by a video named “Why is our solar system flat?” This kind of video is brilliant for older children in Secondary School and can be fascinating for younger children. However, the minutephysics channel is aimed at older children as some aspects of it can be rather complicated but nevertheless, very well explained.

The Vertasium YouTube channel boasts 8.2 million subscribers, and has been creating content for over a decade, he has had interviews with the likes of Bill Gates and has had many encyclopaedic videos for older children. He has explained why parallel worlds probably exist, he has taught people why Apollo Astronauts trained in nuclear bomb craters, and many more brilliant videos teaching kids so much about our world.

Jared Owen is a YouTuber who utilises 3D animations to show and explain how things work. With almost 1.5 million YouTube subscribers, he has explained how space shuttles work, has given insights into many famous buildings such as the Space Needle and even the White House. Furthermore, he has done videos on brilliant topics for Secondary School Physics students such as how a DC motor works and much more.

Periodic Videos is hands down the go-to channel for any chemistry-related YouTube content, it gives highly-informative videos aimed at older children such as explaining activation energy and many videos implementing and explaining the periodic table. He has taught us how to make plutonium and has dived into the history of chemistry very well. After over a decade of creating YouTube videos has gathered just under 1.5 million subscribers and boasts 250 million views.

The Cornell Lab of Ornithology is dedicated to interpreting and conserving earth’s biological diversity through research and education which is focused on birds. Not only have they created many insightful videos about beautiful birds but they have to face major issues that we all face in today’s society such as climate change and global warming and how they will have a great impact on how we and animals alike will be affected.

For years National Geographic has been the go-to for all science-related content, they have created beautiful documentaries and amazing eye-opening short videos. National Geographic’s dates all the way back to the 19th century and is a very trusted and reliable source of information regarding everything related to our world. From the most beautiful national parks of the UK to amazing videos featuring beautiful animals from across the globe.

Personally I have found the YouTube Channels mentioned above amazing! not only are they entertaining but while your child is watching it allows you to get on with other household chores in peace!! I highly recommend these channels (especially if science isn’t your strong point!).